Headquartered in San Francisco Zai Divecha is an artist who transforms plain white paper into geometric works made with repetitive folds and creases. He creates imaginary works by folding or folding paper to form patterns of light and shadow. From little guides with paper stars to massive wall installationsThe Divechi pieces visually delight the eye making you almost forget they started out as paper. The monochrome palette makes the patterns and textures pop a simple way the light hits them, I hope viewers feel “centered, quiet and focused”. For this year’s Deconstruction, Divecha shares one such folded pattern that becomes part of a shadow frame called Torus.

Zai Divecha works in the studio 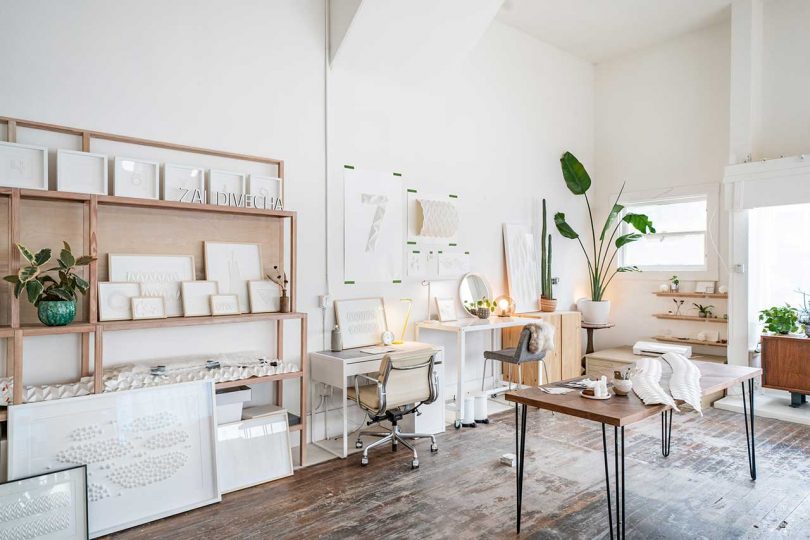 I work in a bright, sunny studio in Inner Richmond, San Francisco. I am renting a space from Yonder Shop, a ceramic studio and a nicely decorated shop located in the second half of the building. It’s a cute little community of producers. 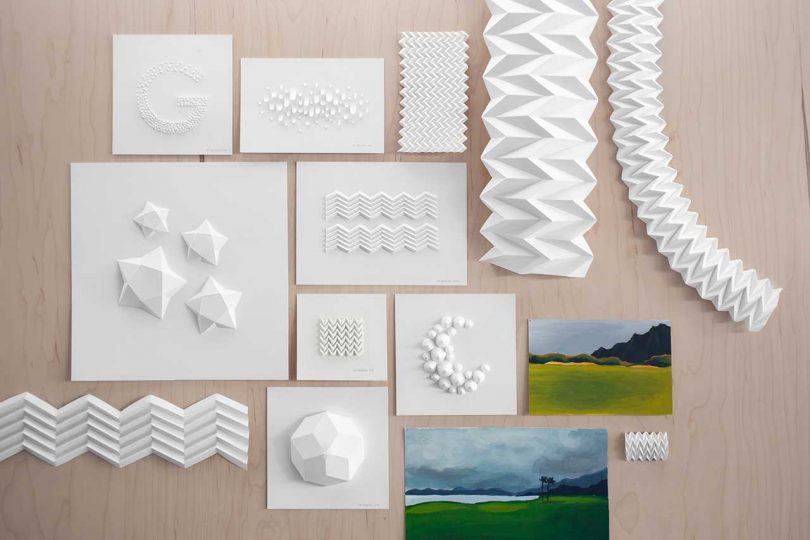 I often start by making small models and prototypes to try out different paper techniques. I don’t usually do sketches, but I will often draw a very basic diagram in Illustrator to determine the overall proportions and layout. Before I opted for the Torus, I tried the same fold in several different sizes – you can see the large versions at the top right and then the small version at the bottom right. I landed somewhere between the small and medium version. Since the layout of this work is so simple – basically just a circle inscribed in a square – I didn’t feel the need to do any sketches. 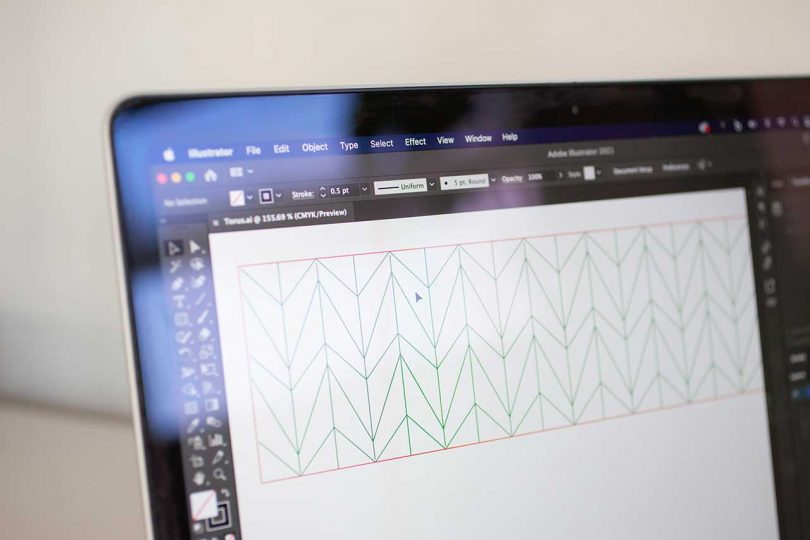 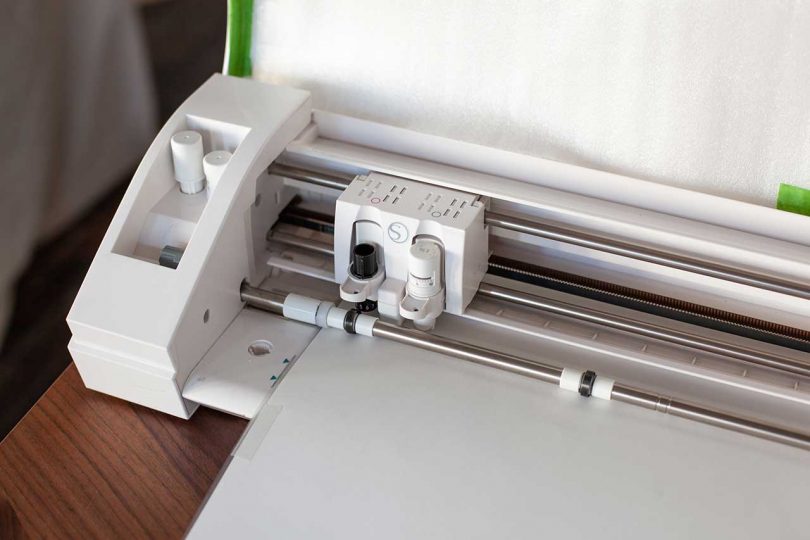 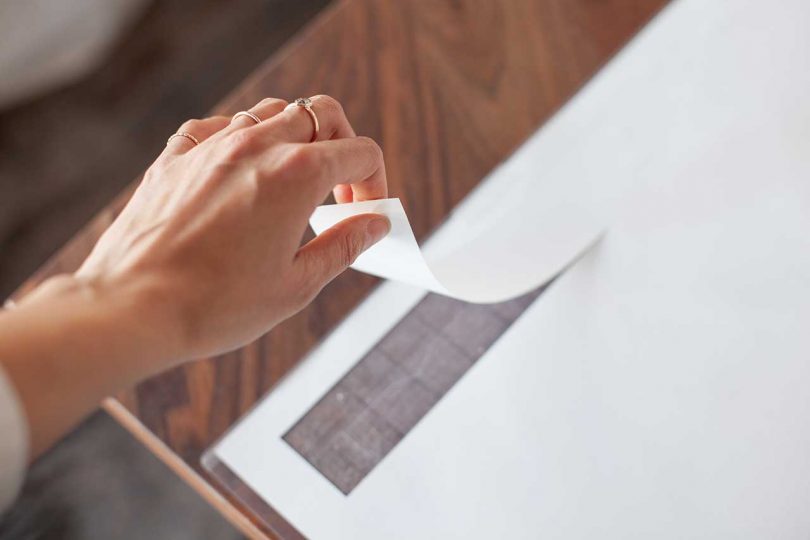 When I first started working with paper, I knew how to manually measure the grid, draw each line of points with a pencil, and then evaluate all the lines with a bone map. It was quite time consuming, so I eventually switched to using a cutting machine and achieving results for myself. Now I draw my patterns in Illustrator and use plotter cutters to make cuts and lines in paper. It gives me really precise lines and allows me to focus on the fun part, and that is folding. 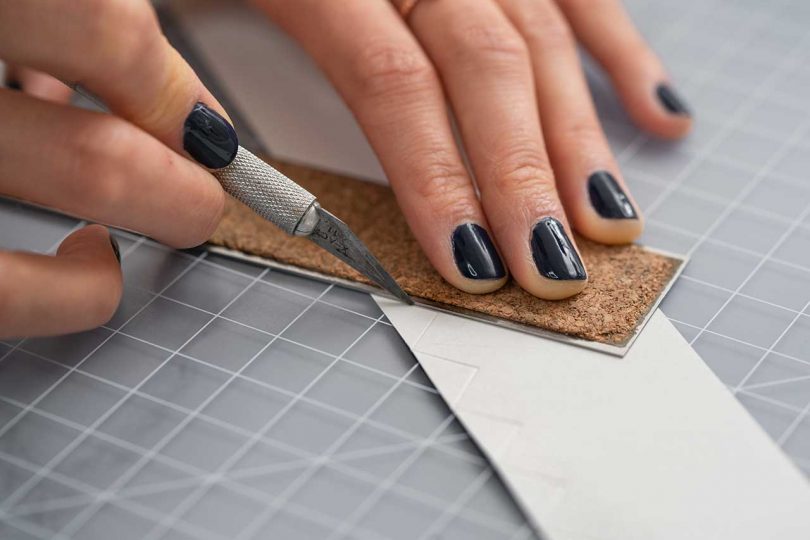 Especially for some lines, I prefer a hand-scored line rather than a machine-scored line. For this particular project, I manually evaluate all the folds that touch the outer edges. It gives me a sharper crease that looks simply cleaner along the edges. To make my score lines, I use the back of a craft knife that I sharpened to a blunt edge. Kerf is narrower than a map of bones, which is useful for such intricate pieces. 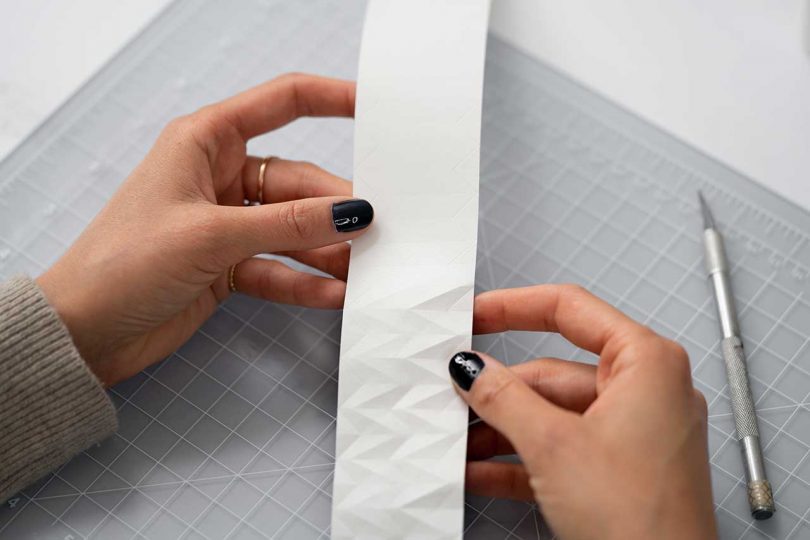 There are many different ways to fold paper, and each has its own system. Personally, I like to quickly fold each line just to know if it will eventually be a “valley” or “mountain” fold. This makes the next steps a little easier. 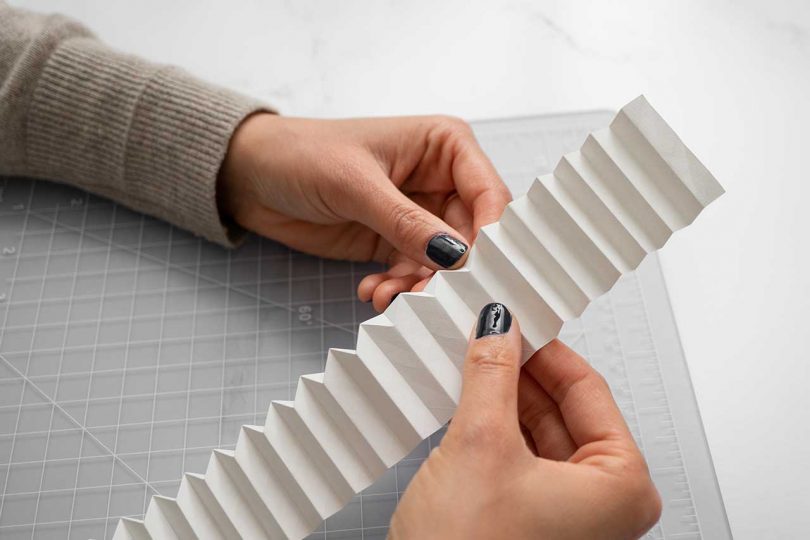 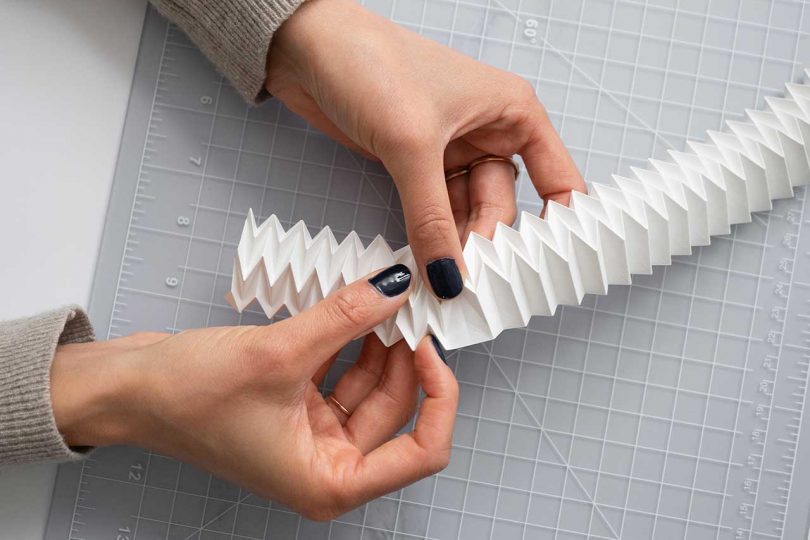 The crease is the fun part! I fold the tape into a bit of an accordion, and then insert or pull out each fold as needed. This is my favorite part of the process – it’s a bit challenging and very satisfying. 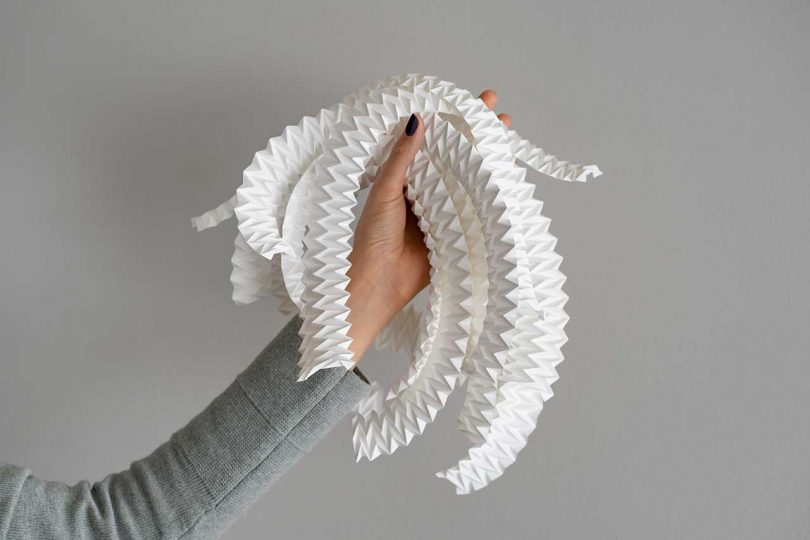 I try to process my work in groups whenever I can. It helps me get into the zone, and I’m more efficient when I can repeat the same step for many different parts. 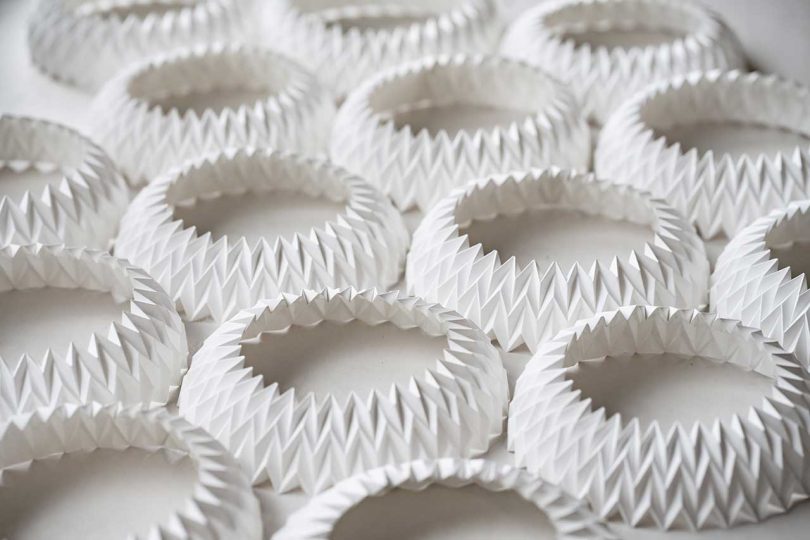 I join the ends and fasten them with bookbinding glue, which is a type of PVA glue. I use bookbinding glue because it dries transparently and flexibly, without acids and archival quality. 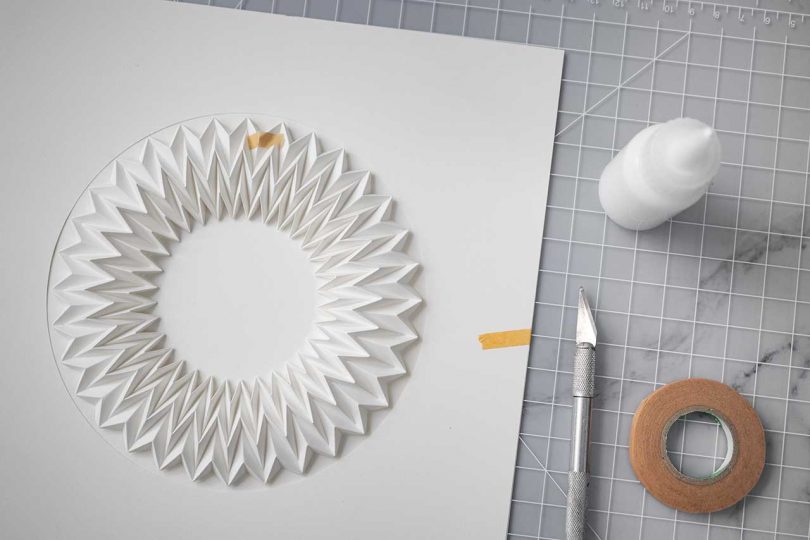 Then I mount a small donut on the support sheet, using a template to help align. 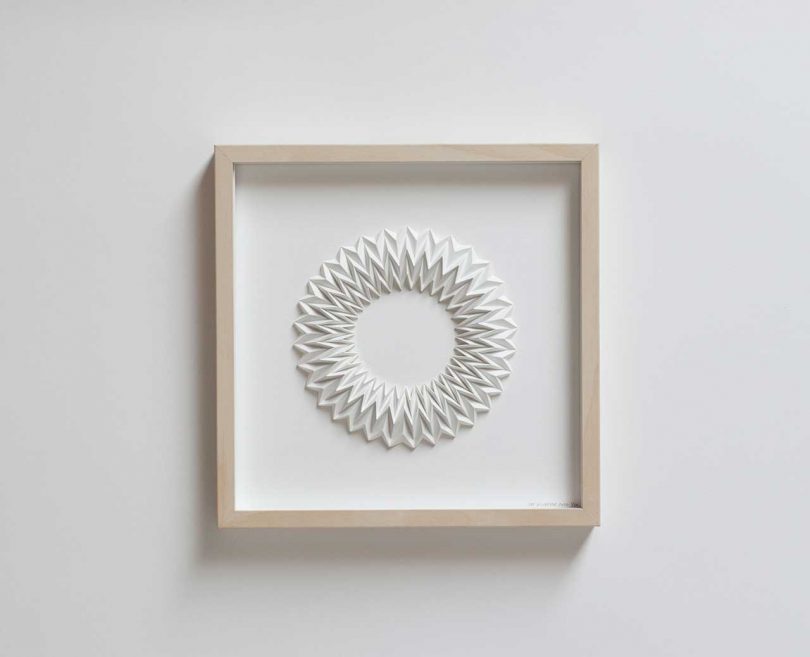 Here’s the finished part within the shadow frame. 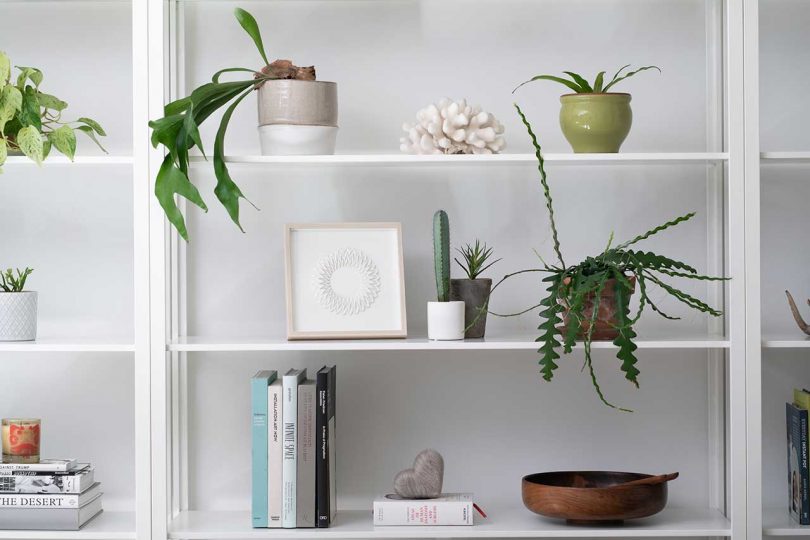 Here’s Torus on my shelf at home.